Why Two Monitors ARE Better Than One

Home » News » Why Two Monitors ARE Better Than One 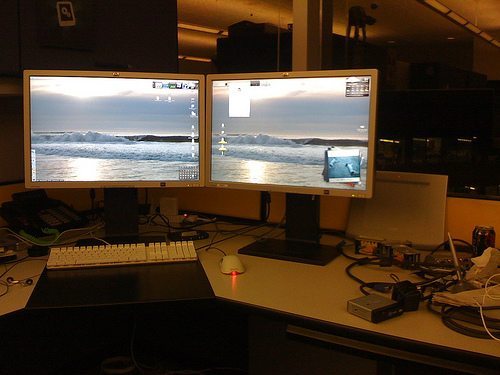 Do you find it hard to complete your work on a single laptop screen or a single out of the box 19″ monitor? Contrary to what your boss may think, it may not actually be your fault; it could well be the tools that you are given.

There have been a number of studies dating back to the early 2000’s which have shown that using two monitors or a larger monitor can significantly improve productivity for workers performing a wide array of tasks, from web design to word processing and much more. These include studies commisioned by Microsoft, NEC and John Peddie Research (reported in the New York Times). Whilst these may have been commissioned by monitor manufacturers and computer hardware companies, I think that anybody that has transitioned from one monitor to two (or possibly the other way around) will agree that there is a notable difference in productivity.

We look into some of the advantages of using two monitors in the workplace and how this can improve your productivity in the office. 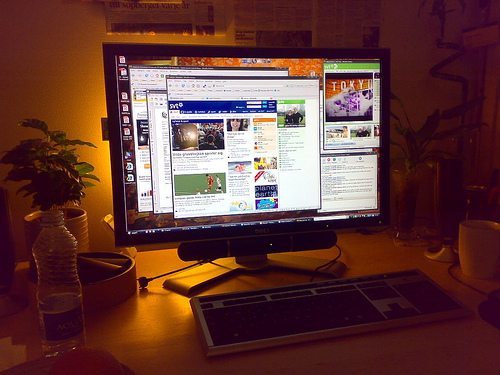 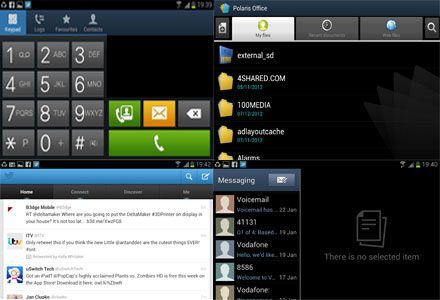 For a limited amount of desk space that an extra monitor takes up, there is a significant increase in work space (double usually if you have two identical monitors). Here are some of the benefits from the extra display space:

When it comes down to it, time is money in business. Imagine how much money you could save if each worker’s productivity was improved by just a small percentage. If each colleague achieved just one hour’s more work per day, it would only take a couple of weeks to pay off the cost of each additional display, but the benefits would keep coming, with added perks including an increased staff morale and a higher job satisfaction, as the workers will be able to work in a more fluid way without repeatedly stopping and starting tasks. Whether you are a small or large sized company, this could bring about some serious savings of both money and time. With monitors available from under £100, why not try it with a few of your staff members and see if you can notice the difference. We certainly think that you will!